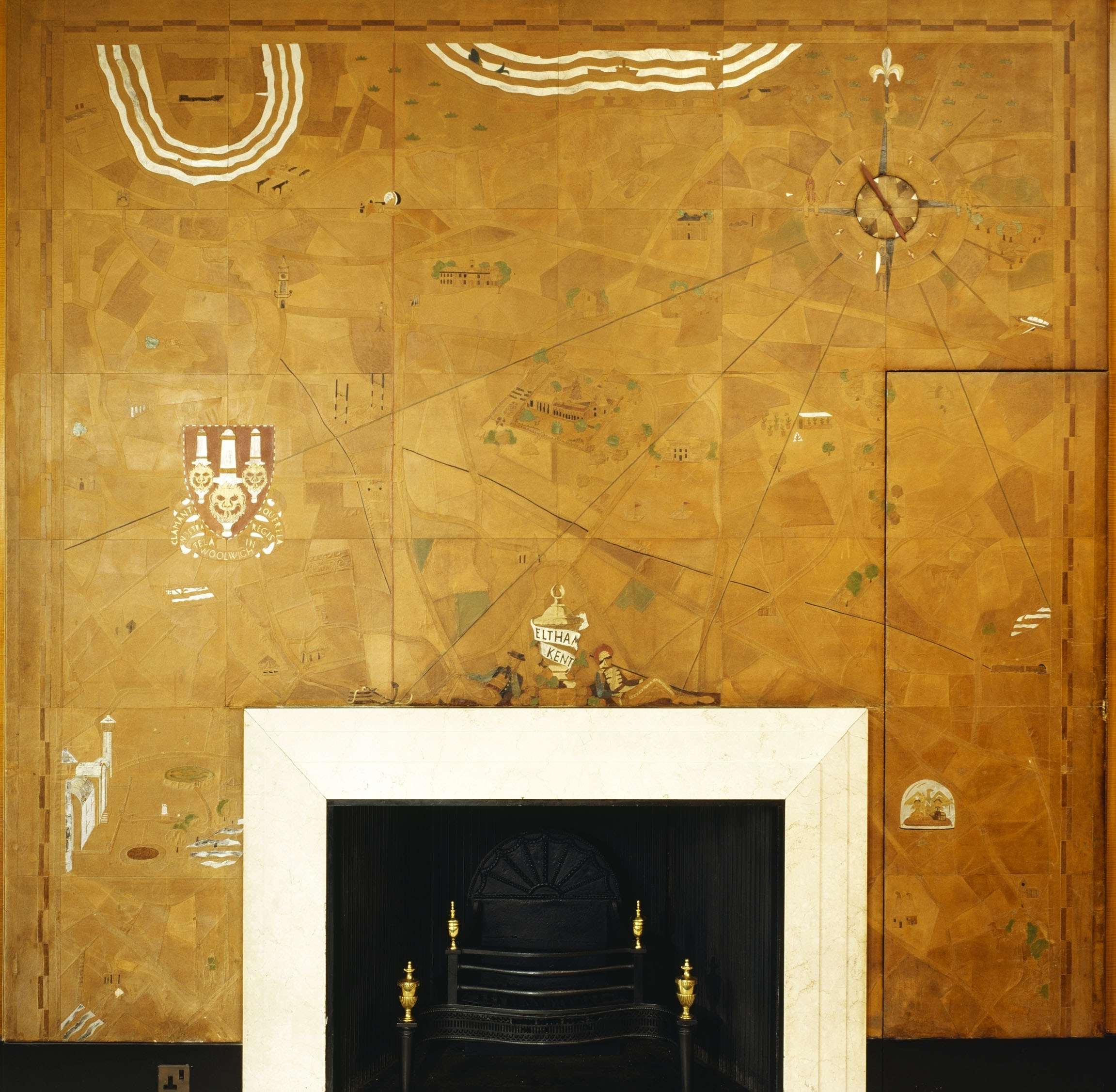 One of the most unique things I came across during my Eltham Palace visit was the 1930s map room. The most impressive piece for me in the room was the floor to ceiling leather map surrounding the fireplace; definately the most unique map I have ever seen! It has been created out of pieces of tan leather collaged together and then embroidered with motifs representing different places around the world. Eltham Palace has been positioned in the centre directly above the fireplace, each embroidered symbol has such a wonderful naivety to it. Look at the cacti below! 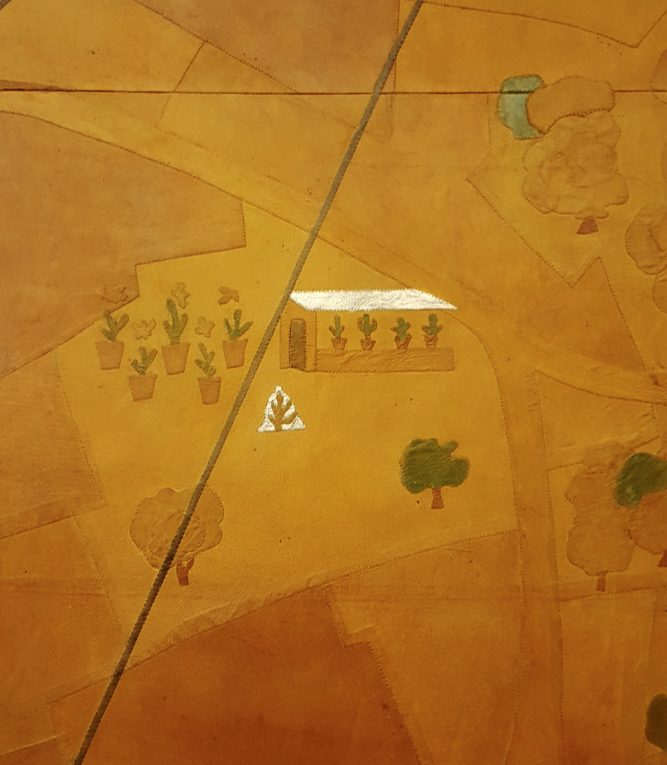 There has also been an exciting recent discovery in the map room which had been covered up when the Courtauld’s left in 1944 and the army took over. This rare 1930’s find was hidden for decades under layers of wallpaper and paint. The restoration of the room to fully uncover this discovery is currently underway by the English Heritage team. They are slowly uncovering original hand painted decorative maps and illustrations. The maps were drawn in a beautifully stylized way that make the maps themselves seem like works of art. Each map is decorated with illustrations relevant to the geographical location of the map.

What was discovered was wonderful, it’s the way I dream of living. The area served as a space to plan their next big adventure with floor to ceiling maps that had been marked with where the couple would be travelling to next; what a way to live!! 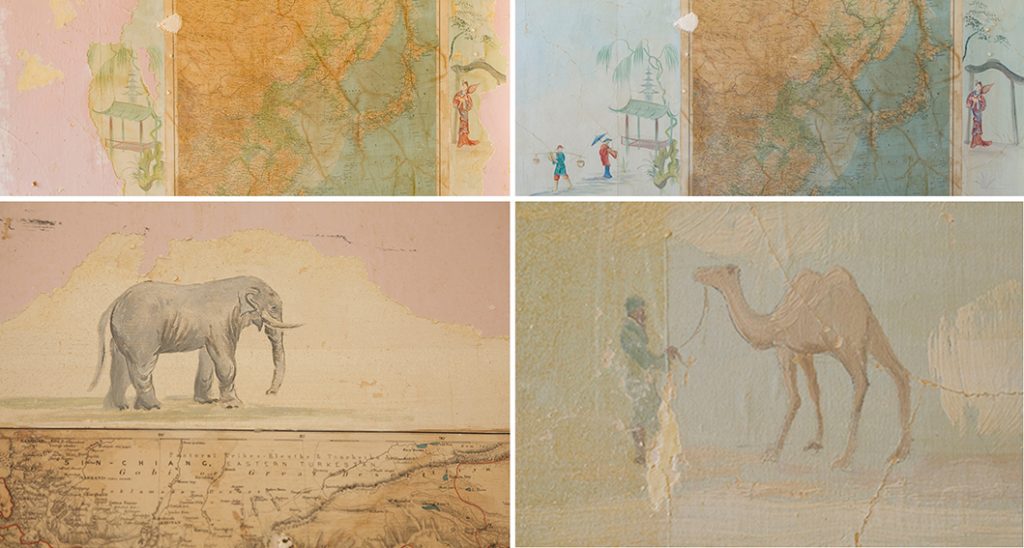 It wasn’t just Stephen and Virginia who liked to travel, August Courtauld, a British artic explorer, and cousin to the couple was always going somewhere. I love these photographs of him, on the left it shows August at his tent in Greenland where he had been living for 5 months, and in the photo on the right August is at a base camp in Greenland after being rescued from an ice cap in 1931. 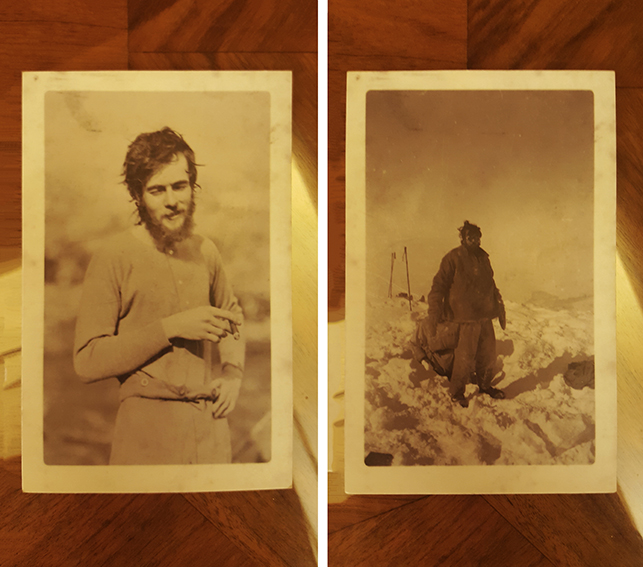